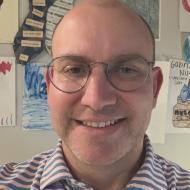 After over a decade of desire, I finally ordered my KK

By johnnymnemonic, July 2 in Forum Members